We’ve been hard at work mobilizing our coalitions across the country, bringing Members of Congress, Mayors, and CEOs together in pursuit of electrification. On Wednesday, we took part in a press conference surrounded by the all-star team of the Congressional Electrification Caucus, including Senator Martin Heinrich, Senator Tina Smith, Representative Paul Tonko, Representative Kathy Castor, as well as Mayor Sylvester Turner of Houston, and Redfin CEO Glenn Kelman. We shared the stage to push for an acceleration of nationwide electrification.

From where we stand, Congress is still finding a path forward for Build Back Better. Which is important, because some of its most popular provisions will make household electrification easier, as well as provide consumer rebates for electrified appliances to make this shift more affordable for all Americans.

Here’s what we know:

According to recent reports, one half of the inflation effects American households face today comes from rising energy costs – costs Americans must pay to get to work, take their kids to school, and keep their families warm this winter.

And this isn’t the first time these price shocks have happened. Over the last twenty years, what American families pay to heat their homes and water and drive their cars has been defined by volatility. Partly because of autocrats a world away.

That does not make a lot of sense.

Once we understand that as many as 116 out of 121 million American households would save money on the cost of heating their water and homes at current prices if they had modern, efficient electric machines, it’s hard to see why we would ever not do this.

116 million households. That is the definition of a no-brainer. Why wouldn’t we make that happen?

Want to truly understand what’s at stake? Check out our fact sheet to understand Build Back Better’s provisions for electrifying America’s households.

The Rewiring America team, alongside our Congressional, public, and private sector partners, are united in our belief that it is time for the Senate to advance policies to accelerate nationwide electrification. Electrification is key to fighting the climate crisis. And support for household electrification should be a top priority, allowing American homeowners and communities to seize their energy future.

Here are a few of our favorite thoughts from Wednesday’s press conference: 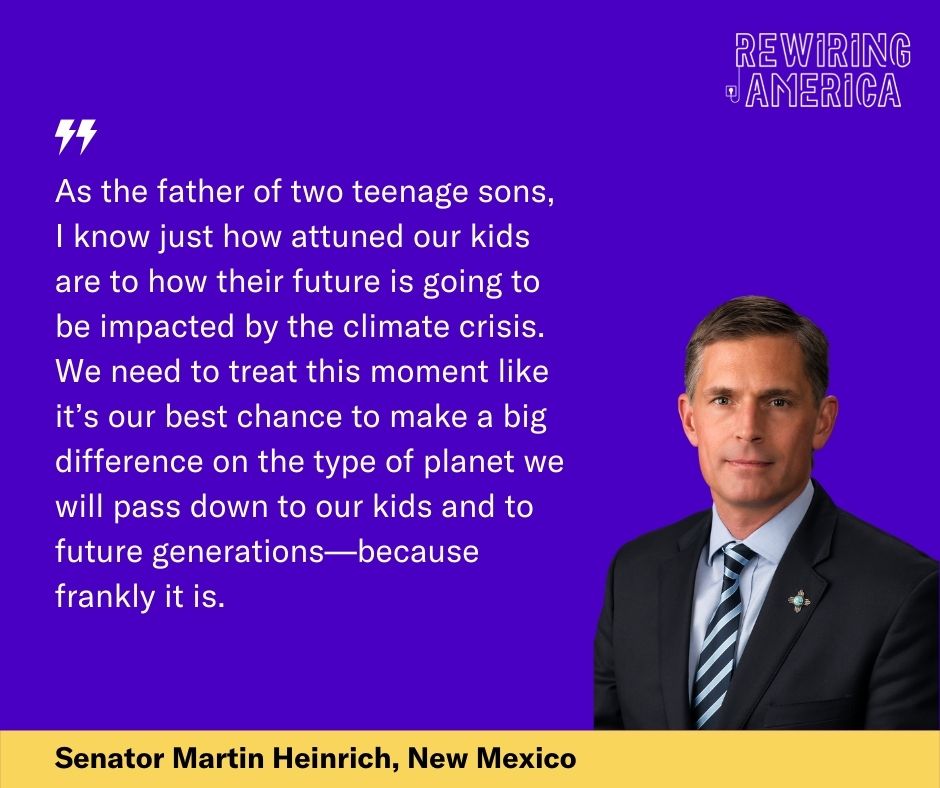 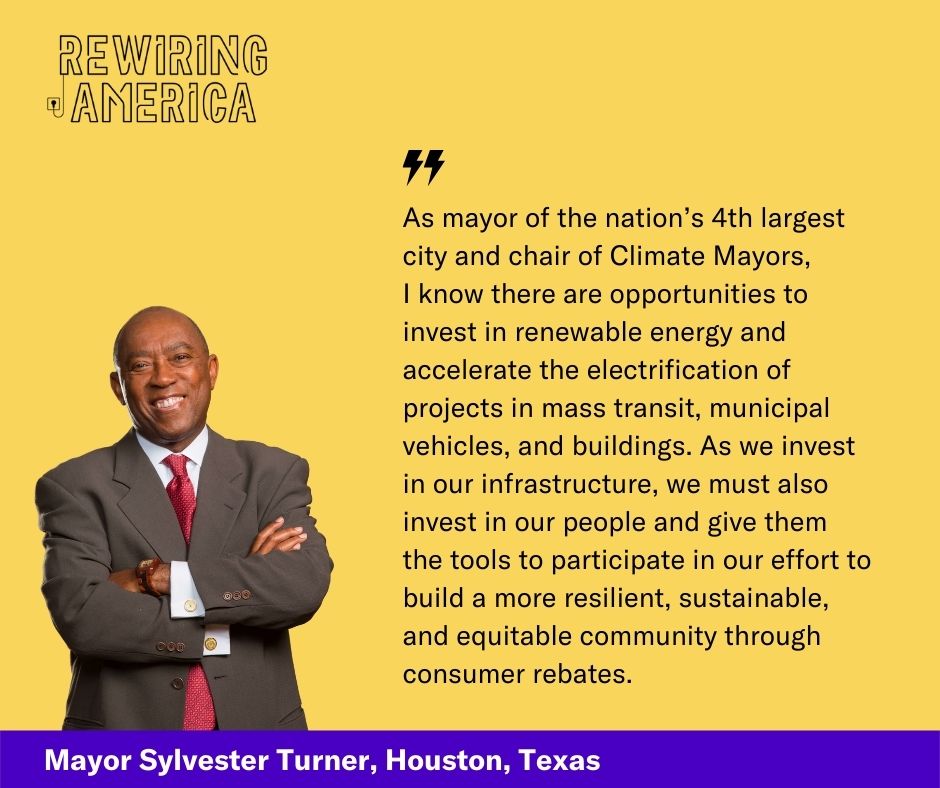 The goal is clear. Electrification can’t wait. And it represents a generational opportunity to confront the climate crisis head-on, provide homeowners the opportunity to control their energy future, and spur tremendous economic growth headlined by American jobs.

We’re going to continue our tireless activism to electrify everything, supported by our research and mobilization. We hope that you’ll continue to advocate for electrification everywhere you can.

There’s no time to waste, it’s all about electrifying everything. Now.