It’s The Opposite of Driving Off the Dealer’s Lot…

We’ve been pumping up heat pumps for a while now, and more so in the wake of Russia’s illegal and tragic invasion of Ukraine. We see the pump's power as a tool for crushing fossil fuel demand. But you would be forgiven for asking…what’s a heat pump? After all, they’re not as ubiquitous as we’d like, and though the words heat and pump are quite cool, neither one tells you exactly what these beautiful, super-efficient, two-in-one machines actually do. So let’s get into it:

Heat pumps are climate-friendly alternatives to furnaces, boilers, and air conditioners. They work a lot like a refrigerator, using electricity to transfer heat from a cool space to a warm space, making the cool space cooler and the warm space warmer. Because they transfer heat instead of generating heat, they work much more efficiently than any other space and water heating machines, whether powered by fossil fuels or older resistance coils.

Heat pumps also generate far fewer carbon emissions than those older machines. Researchers say that at least 98 percent of U.S. households would emit less carbon if they switched over to heat pump technologies – even in states where the electricity grid is still predominantly powered by coal and gas.

Nearly half of our energy emissions – 42 percent – come from our households. Widespread electrification is the only way to cut those emissions down to levels that will avoid catastrophic global warming. Along with electric vehicles, dryers, and stoves, heat pumps are a key part of that carbon-friendly switch.

Because they use energy so efficiently, heat pumps will help American households save money on their energy bills. Since they don’t run on fossil fuels, they will also improve the air in homes. Heat pump technology has improved dramatically in recent years – they deliver ample heat even when household temperatures drop to -15℉ and below. They are also highly effective air conditioners – and will be crucial appliances in many regions of the country as climate change leads to more frequent and severe heat waves.

Compared with gas-fired heaters, heat pumps are responsible for far, far fewer emissions. There are no emissions from either the direct combustion of fuel on-site, and no leaks throughout the gas distribution network and from pipe fittings inside the home. Natural gas, predominantly methane, is particularly toxic when it leaks – 30 to 80 times more powerful than carbon dioxide. Even if the source of the electricity is still coal or gas, heat pumps eliminate the carbon emissions that come from leakage, and the pollution in the home that comes from burning natural gas.

Heat pumps use small amounts of refrigerants which create emissions if they escape, but the industry is already transitioning to climate-friendly alternatives and the amounts are miniscule compared to gas leaks.

If all single-family homes in the U.S. adopted heat pumps, the total annual emissions reduction would be equivalent to taking 32 million internal combustion engine cars off the road. Replacing space and water heaters when those appliances are retired with heat pumps will save households money and cut carbon emissions. This is crucial, as replacing those machines with new fossil fuel HVAC equipment would lock in more carbon emissions for 15-30 years, which is not on the path to staying below 1.5°C (or even 2°C) of warming. Efficient electric appliances powered by a clean grid is the only true zero emissions option, one which we must move towards with all haste. 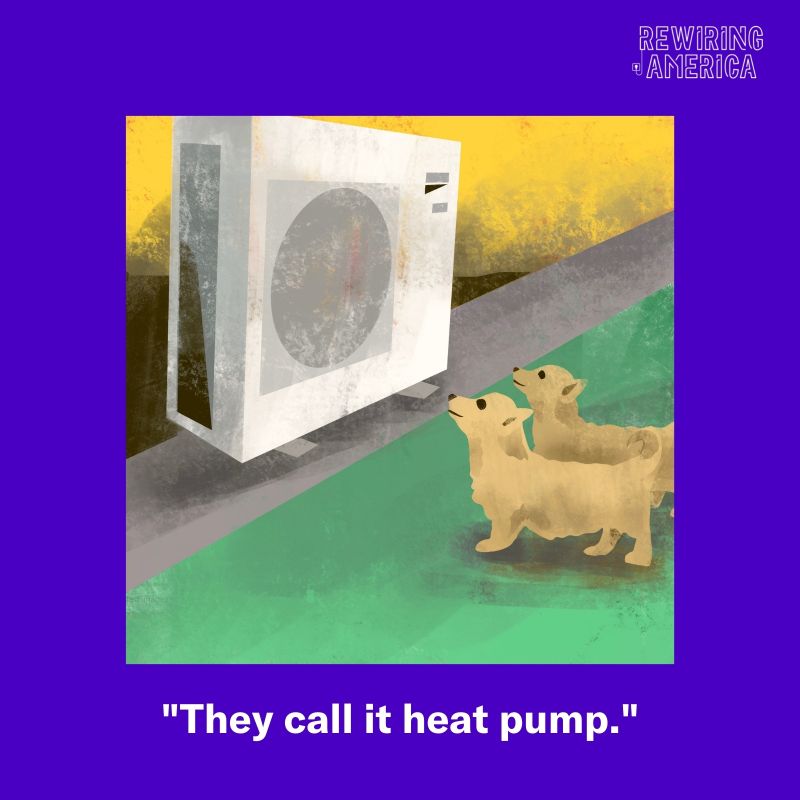