Since we’re radically optimistic about climate solutions (that are great for family budgets, the economy, and healthier air!), we only bring you great news this week.

The Wait is Over!

Rewiring America’s co-founder Saul Griffith’s new book, Electrify: An Optimist’s Playbook for Our Clean Energy Future (MIT Press), drops on Tuesday, October 12. You can see him tomorrow evening at 7 pm in conversation with journalist and collaborator Laura Fraser (that’s me!) via Berkeley Arts & Letters and The Booksmith (the other wizard collaborator behind the curtain was Sam Calisch). It’s free to register. So, come join us. And stay tuned for more events hosted by Rewiring America coming up. You can grab your own copy from Rewiring America.

Electrify lays out the vision for Rewiring America, and the globe. In Electrify, Saul lays out a detailed blueprint—optimistic but feasible—for fighting climate change while creating millions of new jobs and a healthier environment. It is the Rewiring America plan: electrify everything. Saul explains exactly what it would take to transform our infrastructure, update our grid, and adapt our households to make this possible. Billionaires may contemplate escaping our worn-out planet on a private rocket ship to Mars, but the rest of us, Griffith says, will stay and fight for the future.

The Rewiring America plan doesn't rely on big, not-yet-invented innovations, but on thousands of little inventions and cost reductions. We can still have our cars and our houses—but the cars will be electric and solar panels will cover our roofs. For a world trying to bounce back from a pandemic and economic crisis, there is no other project that would create as many jobs—up to 25 million, according to one economic analysis. Is this politically possible? We can change politics along with everything else. 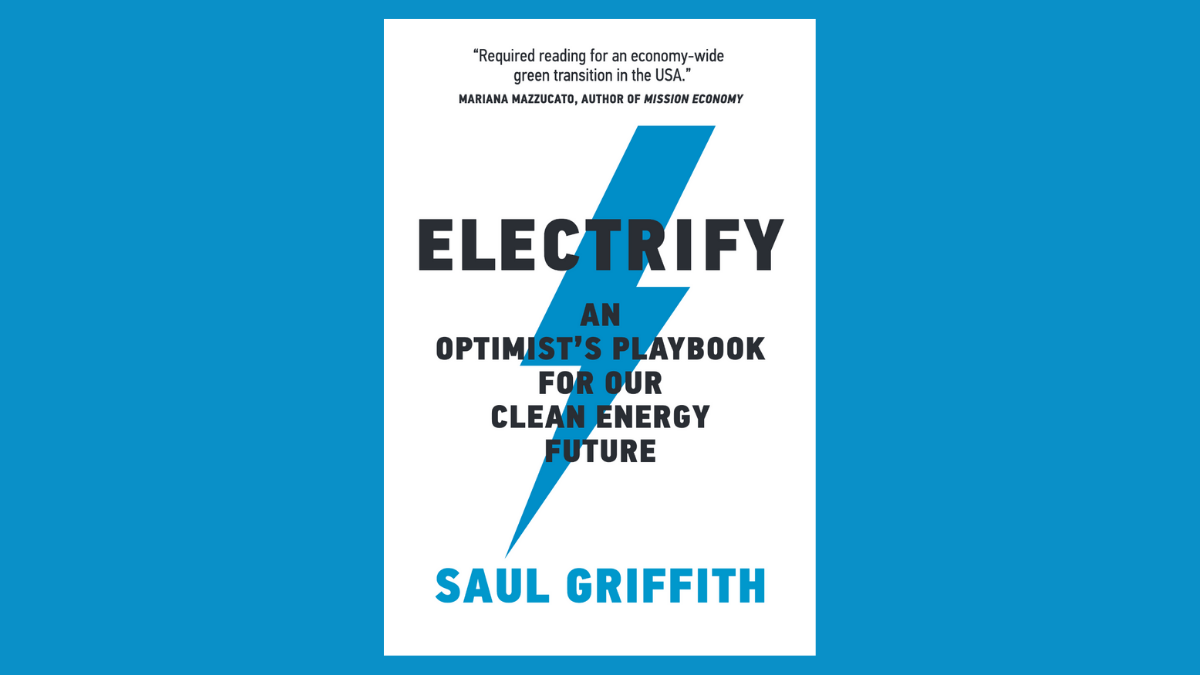 Electrify has already been getting some great reviews, including a starred Kirkus Review. He’s chatted with Ezra Klein for the New York Times, been profiled in the Washington Post, and been breezily mentioned in The New Yorker ([twice](https://www.newyorker.com/news/daily-comment/joe-bidens-solar-plan-and-the-prescience-of-jimmy-carter?utm_source=NYR_REG_GATE "New Yorker article titled "Joe Biden's Solar Plan and the Prescience of Jimmy Carter"")). Check it out. The book presents a plan to #electrifyeverything as a way of not only fighting climate change…but making the future awesome. And you can join and do your part by taking our brand new pledge!

October kicked off with the Environmental Protection Agency releasing its new 2022 ENERGY STAR Most Efficient standards. As we called for in the official and super-footnoted comments we submitted with other leading electrification advocates, EPA has withdrawn the proposed gas appliance standards put forth during the Trump Administration, and adopted a fully-electric set of standards for the most efficient category. As our partner group RMI says, “This is a huge first step toward the federal government aligning with an all-electric clean energy future.” We’ll keep at it, sharing our views with EPA, and steering consumers to the cleanest machines when they see the ENERGY STAR label. Thanks also to these great partners: NRDC, BlocPower, Earthjustice, Sierra Club, ASAP/ACEEE, and Evergreen Action.

While we’re riding high on the power of collective action to change public policy, let’s also shout out to Ford. The car giant is committing $11.4 billion to a plant in Tennessee to build its new F-150 Lightning electric truck, as well as three battery factories in the U.S. The company announced it will hire 11,000 new workers to make electric vehicles. It’s the single largest manufacturing announcement in the company’s history (which is kind of saying a lot).

Thanks for asking: the Joint Economic Committee of the U.S. Congress, made up of members of both the House and Senate, invited testimony on the economic benefits of household electrification. Rewiring America CEO Ari Matusiak, and Rewiring advisors Dr. Leah Stokes of UC Santa Barbara and Donnel Baird of BlocPower all spoke, and even tangled with Senator Ted Cruz over the environmental benefit of electrification. Rep. David Trone (D-MD) asked Donnel about how electrifying everything could create jobs -- especially for those who need them most.