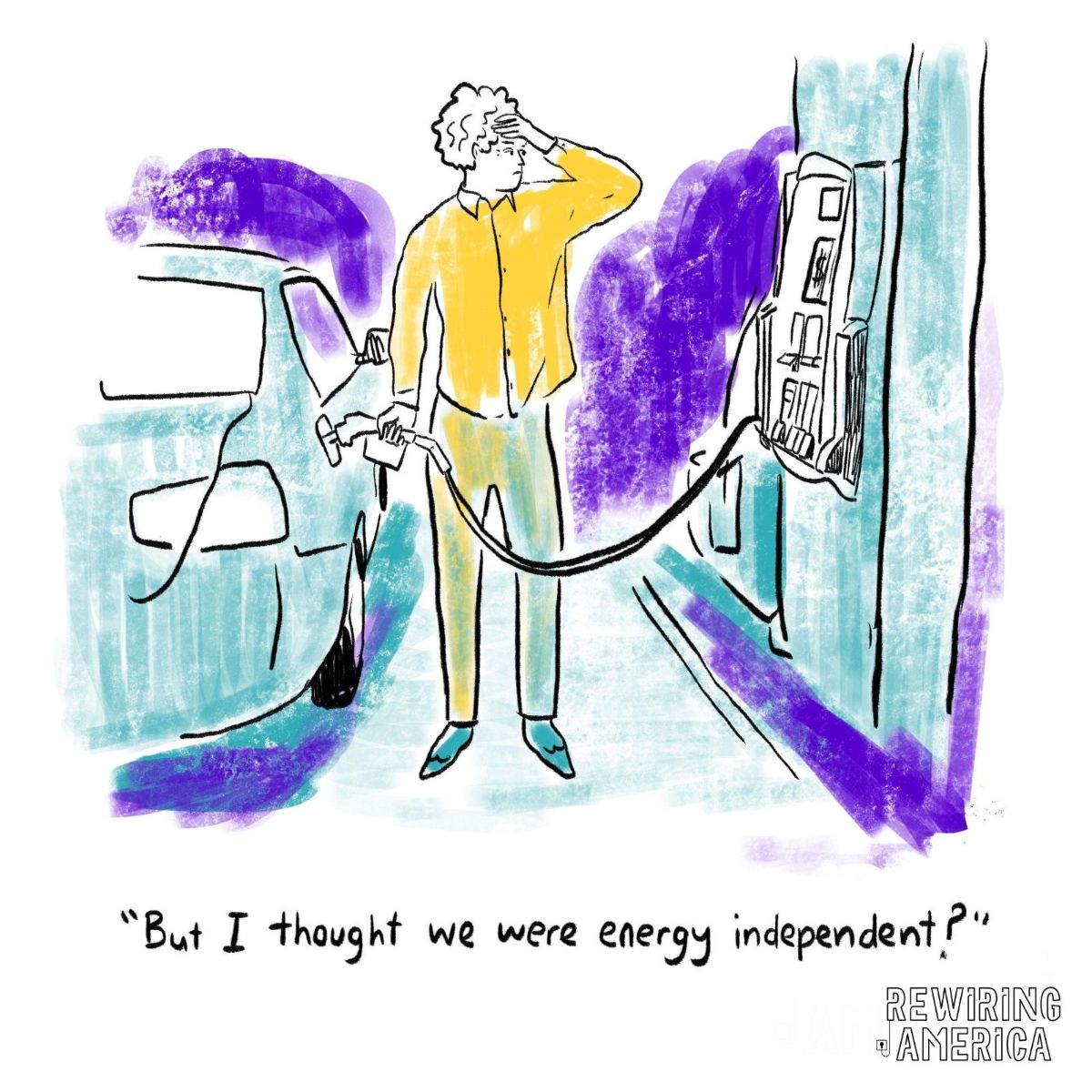 Since the Russian invasion of Ukraine, everyone has been talking about energy independence. The invasion has upset energy markets around the world. Not only has Russia cut off gas to Poland and Bulgaria, but we are suffering the effects in the US. Here, the price of gasoline has risen by 54 percent over last year, which would add an additional $800 to an average household’s annual bills–disproportionately impacting the families who can afford it least. Prices of heating oil, used by over 7 million American households, rose by 72 percent over the last year–which would add $960 to heating bills.

US fuel prices have gone up — and here’s where it gets a little complicated — in spite of the fact that in 2019, the U.S. became a net exporter of energy for the first time in nearly 70 years, selling more oil and gas to other countries than it bought from them. We’re exporting more mainly because of fracking and horizontal drilling, which have accessed previously unreachable oil and gas deposits, and because of new liquefied natural gas (LNG) export facilities, which has allowed US gas to be shipped around the world just like oil.

You might think that being a net exporter of energy would make the U.S. “energy independent,” immune to the global changes in supply and demand of energy caused by geopolitical strife. You’d think we’d have enough energy to take care of our own domestic needs. But you would be wrong.

First of all, fossil fuels are commodities traded on global markets with global prices. If American customers can get cheaper oil from a supplier abroad, they will. Also, the U.S. doesn’t set prices for fuels – the Organization of Petroleum Exporting Countries (OPEC) does. These prices fluctuate based on global events, and the U.S. is forced to handle the resulting volatility.

Second, for technical reasons, we can’t just use our own oil and gas exclusively. The crude oil that comes out of the ground must be refined into gasoline, diesel, kerosene, and other products by selling it to a vast network of refineries across the globe (spewing carbon as it ships from here to there). Plus, not all crude oil is the same. U.S. refineries are mostly set up to process “heavy” crude oils, while the domestically produced crude tends to be “light,” which means the U.S. has to import a substantial amount of heavier oils to operate domestic refineries and to create petroleum products that rely on heavy crudes, like diesel and jet fuel.

In the gas market, many U.S. regions lack sufficient infrastructure to transport and store natural gas, and have to rely on imports, typically liquefied natural gas, to meet demand. For instance, New England has no gas production or storage facilities, so when demand outstrips supply in the winter heating season, it has to import international LNG. Despite being the world’s largest natural gas producer, the U.S. still must import significant natural gas.

So while overall the U.S. is no longer as sensitive to fuel price hikes as it was when we imported heavily (as in the energy crisis of the ‘70s), many people in the country are still vulnerable to the whims of the global fuel market. The households and small businesses that depend on gas to fuel their cars and furnaces have no recourse when energy prices go up. Meanwhile, fossil fuel companies are raking in record profits, as their products are suddenly more valuable. None of this adds up to true “energy independence.”

The true path to American energy independence is electrification.

Electricity is cheaper and more stable than fossil fuels. Being the nerds we are, we made a chart, below, to compare price changes of common fuels over the last year to their five-year average price. You can see that while prices for fossil fuels have risen rapidly over the past year, especially in 2022, electricity prices have remained relatively low and stable, rising roughly three times less than even natural gas, the fossil fuel often touted as affordable.

Why? First, electricity markets are inherently local, not global. While electricity can be transmitted long distance over land, it isn’t shipped around the world. The U.S. imports just 1 percent of its electricity, from Canada to states just across the border. On average, the closest power plant is just five miles from our kitchen tables. Unlike fossil fuels, dollars spent on electricity mostly stay in your community.

Second, the price of electricity produced by cheap renewables like wind and solar is inherently stable. The financing of capital expenditures and costs of operations and maintenance are predictable, no surprises. The bills will be the same no matter what happens in Russia and other parts of the world. There are no fuel costs for the wind and the sun!

So, to recap, anyone who tells you that exporting oil and gas makes the U.S. energy independent doesn’t know the whole story. To combat rising fuel costs – and, ahem, global warming — the U.S. should double down on clean energy technologies. We have the technology we need today to be energy independent, and the key is to electrify everything. 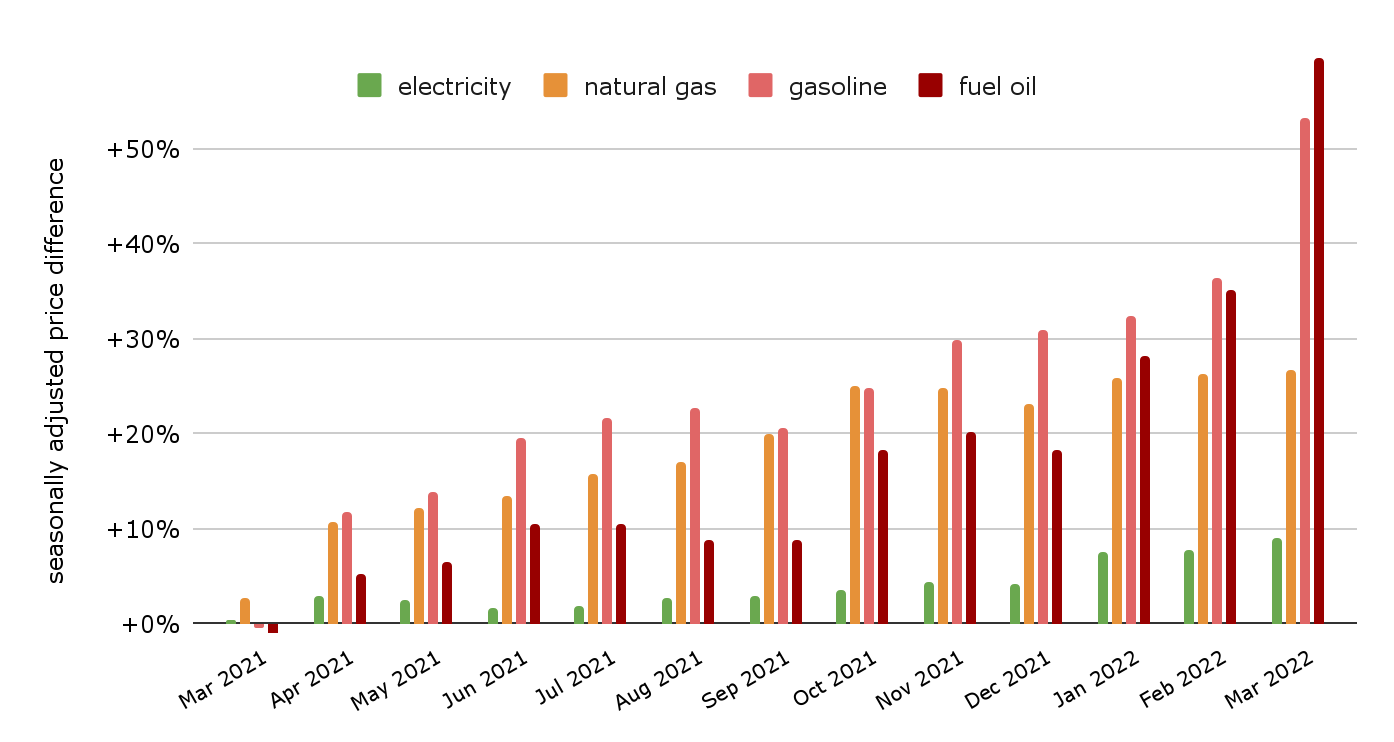